Intro to Dave's Living Room, A Podcast focusing on wrestling, and who knows what else

Posted by David Carner at 11:35 PM No comments: Links to this post 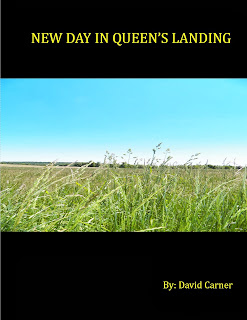 Chapter 1
Terrance stood beside Cal and looked over at the farmer not believing what he heard.  He looked over the bodies of the cows in the field, and then back over to the farmer.  Eddie, as he was known, had called the sheriff’s department numerous times over the years.  Eddie’s real name was Benjamin. Eddie believed that the name Benjamin was the name given to him by his alien abductors when he was ten.  Terrance always referred to Eddie when he talked about why pregnant women shouldn’t use crack.
“You want to run that by me again?” Terrance said, wondering if this was withdrawal from not having smoked in the past few hours, or had he smoked some really good stuff today and had forgotten about it.
Terrance was currently a member of LaCompt County Sheriff’s Department, and a frequent user of marijuana.  He kept telling everyone it was for medicinal purposes, but since Kentucky didn’t recognize medicinal marijuana, that was really a moot point.  Terrance was a former linebacker in high school, and apparently once a member of Special Forces.  Cal couldn’t get Terrance to talk about it, so he let it go.
“I’m telling you zombies killed my cows,” Eddie said just as calmly as if he was talking about the weather.  Terrance shook his head and looked over the cattle.  There were four dead animals.  Two of them seemed to have cut marks on them and had bled out.  The other two . . .   Terrance didn’t know about zombies, but something had bitten them.
Terrance looked over at Cal.  Cal was looking the other direction, like he was trying to track something.  Terrance started to speak, but Cal put his finger to his ear.  Terrance listened, and heard something that didn’t match the sounds he would expect to hear on a farm.
“Are you having any lumber hauled, Eddie?” Cal asked.  Terrance nodded.  It did sound like a large truck trying to navigate the tiny back roads.
“Naw,” Eddie answered.  “You’re probably hearing those oil guys over there at the Miller farm.”  Eddie pointed behind him as if there should be a boundary line visible.
“The Millers have a lot of oil on their property?” Cal asked, peering off in the direction Eddie pointed.  Eddie made a snorting laughing noise, and Cal turned toward him, amused.
“Apparently, someone didn’t do their homework right,” Eddie said, amused.  “The Millers have some oil, but most of the oil in the area is under my property, and Uncle Brody’s.”  Terrance’s mouth dropped.
“Crazy Brody is alive?” Terrance blurted out, before he thought about what he had said.  Eddie didn’t seem to notice or care.
“He’s 88 next month,” Eddie replied proudly.  Cal chuckled.  Crazy Brody, as he was known around town, still didn’t have electricity or running water.  He lived in what could best be described as a shack.  He bathed about once every six months, and at one time had all the grass around his house burnt away so he could see any snakes coming.  “He said if he reaches 100 he’s going to put electricity in.  He thinks it will get too hot in the summer for him to handle it at that point.”
“Do you check on him often?” Terrance asked, more from curiosity than anything else.  Eddie shook his head.
“Naw,” he answered.  “He got bitten by a dog a while back, and we wanted to take him to the hospital, but he don’t believe in hospitals.  He didn’t show any signs of anything so we left him alone.  I tried to stop by more often, but when you only bathe every so often . . .”
“Rank?” Cal asked.  Eddie burst out into a laugh.
“I’d say,” he answered.  “Now what are we going to do about these cattle?”
“I’m going to start looking for zombies,” Cal answered, keeping his face straight.


Chapter 2
Terrance and Cal walked back to the SUV.  Cal looked around, enjoying the fall weather.  He thought about how much his life had changed in the past few months.  Cal had been what many would refer to as a dirty cop.  He took money to look the other way while a drug lord named Hernandez sold drugs in LaCompt County.  Cal’s boss, Chris Rogers, had figured out what was going on, and had been killed for it by Hernandez and his crew.  When Cal finally figured out that Hernandez was selling drugs besides marijuana, and in more places than just LaCompt County, he decided to do the right thing and stop Hernandez.  With the help of Carol, and Terrance, they took down Hernandez and his crew.
Cal had expected his sister Carol to make him turn himself in, but Carol and Terrance had wanted someone who was going to try and clean up the drug trade in LaCompt County.  Cal cleaned up his act and began to live the right way.  A few days later, while out on patrol, he met Sam, a beautiful blonde.  They had begun dating.  Life was good, until he woke up one night and found Hernandez’s brother sitting on a chair in his bedroom, with a gun pointed at Cal.  Cal had spent the next few weeks double checking the locks on his home after that episode.
“Trying to decide if you can call him Hernandez?” Terrance asked, pulling Cal from his thoughts.  Cal chuckled, opened the door to the SUV and climbed in.  Terrance did the same.  They closed the doors, and took off.
“It would makes thing easier if I just called him Hernandez,” Cal admitted.  “What do you think of your first Eddie case, T?”  Cal had called Terrance T for years.
“He’s twenty-five pounds of crazy in a five pound bag,” Terrance replied, eyes wide and looking disgusted he had to be bothered with him.
“Did you notice anything strange?” Cal asked.
“The dude thinks a zombie ate his cows, and you’re asking me if I saw anything strange?” Terrance replied.
“I expected more of you, T,” Cal said, and then drove in silence.  Terrance kept looking at Cal.
“What did I miss?” Terrance asked, trying to play the scene back in his mind.  Cal shrugged, a smile on the corner of his mouth.  Terrance sat and thought for a little bit, and then noticed they weren’t headed back to the station, but deeper into the county.  “Where are we going?”
“The Miller farm,” Cal replied, straightfaced.  “I need to see a man about a zombie.”

Posted by David Carner at 8:08 AM No comments: Links to this post

Meet the nut behind the blog

David Carner
In the past few years I have begun to write and publish books. I have a variety of interests, none of which may interest you.